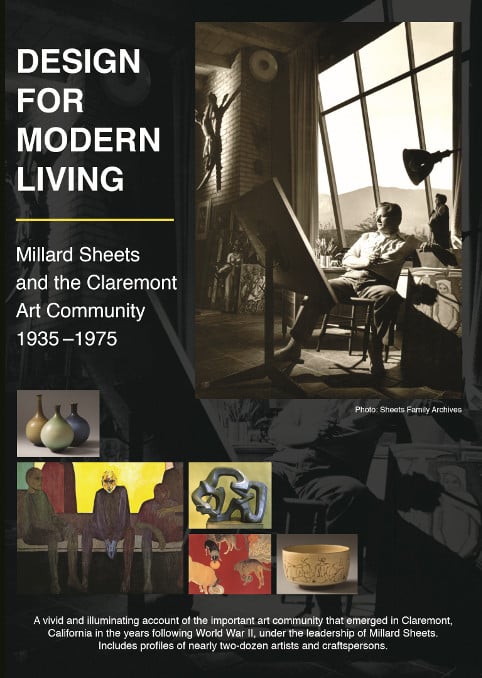 In the years following World War II, the community of Claremont in Southern California emerged as an important center for the visual arts, due in large measure to the inspired efforts of the artist and educator Millard Sheets. In Claremont, painters, sculptors, ceramists, enamel and mosaic artists, woodworkers and fiber artists devoted themselves to their creative pursuits with great imagination and energy, creating works that express the spirit of Postwar Modernism in California.

Design for Modern Living tells the story of the remarkable artistic community that took root at Scripps College and made Claremont an important center of Mid-20th Century Modern design.

“The interviews touch on all the important issues and are beautifully integrated with the historic photographs. Congratulations on a fine job extraordinarily well done!” - Harold Nelson, Curator of American Decorative Arts, The Huntington Library, Art Collections, and Botanical Gardens

The documentary was produced by Emmy Award-winning producer Paul Bockhorst, in cooperation with the Claremont Museum of Art. A veteran writer, producer, and director, Bockhorst has produced dozens of documentary, informational, and public affairs programs that have appeared on PBS, NBC, ABC, Turner Broadcasting, and the Disney Channel. He is the recipient of numerous professional awards, including five Emmy Awards.