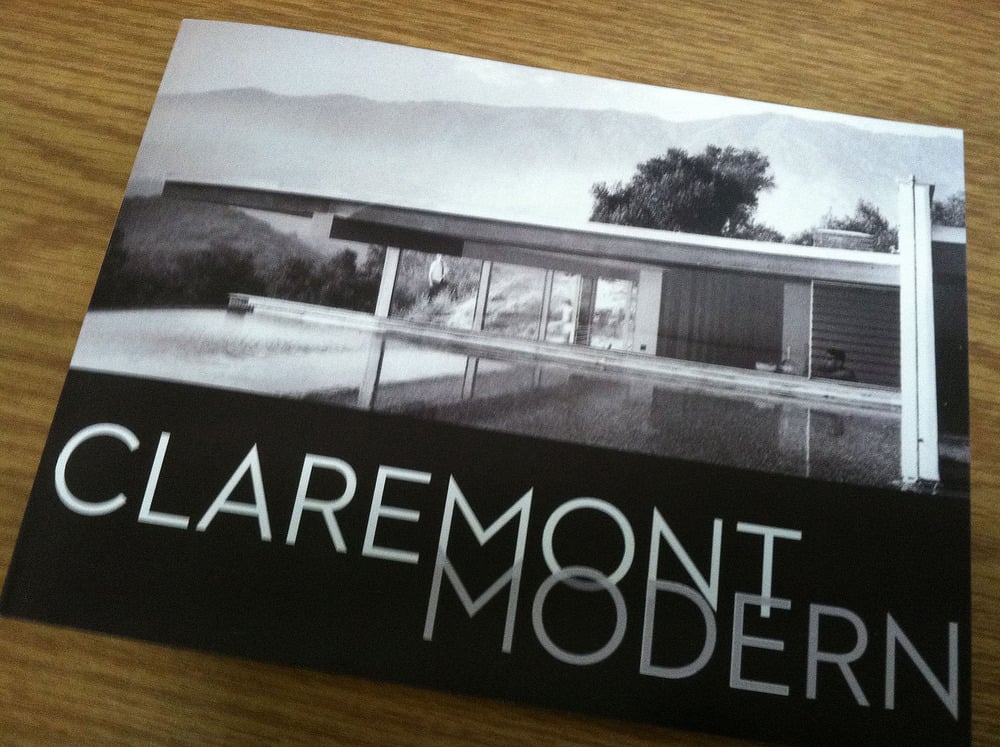 Claremont Modern documents the intersection of art and architecture in a community that produced an incredible output during the mid-20th century. In fact, Claremont could very well be one of the best-hidden secrets in the annuls of modernism.

A lively arts community since the early 1930’s mainly due to the influence that a young visionary Millard Sheets who was brought in to run a fledgling art department at Scripps College. Inextricably linked were the artists, craftspeople and architects that Sheets brought to teach and who later made Claremont home influencing decades of artists and makers. Sheets brought William Manker to set up the ceramics department. Albert Stewart, a prominent sculptor from New York, taught sculpture. Jean Ames began teaching design. During the war years, Charles Brooks and Whitney Smith taught architecture; after the war, Ted Criley succeeded them.

And the architecture was not far behind. Herman Garner created an artists colony in the Padua Hills, giving property to Albert and Marion (Hoppy) Stewart for their Theodore Criley Jr. designed home and studio. Ceramicist Harrison McIntosh had a home and studio designed by Fred McDowell built next to the Richard Neutra designed Ninneman House. Other artists who lived in Padua include Betty Davenport Ford, Arthur and Jean Ames. Millard Sheets built a home here and later the Pomona First Federal Bank in town. Foster Rhodes Jackson designed several masterpieces in the foothills above Claremont. Painter Karl Benjamin commissioned McDowell to design his home and studio. Buff and Hensman built here, as did Cliff May known for both his Rancho style homes and the early pre-fabs that he and Chris Choate designed. Both styles appear in Claremont.

Modern architecture was not limited to only residential projects. The institutional and commercial output during this period included work by local architects Criley/McDowell who were responsible for hundreds of projects ranging from schools to churches to office buildings. A. Quincy Jones and Edward Durell Stone both designed buildings for the Colleges. John Lautner designed an office building (although it was never built) and Henry’s Diner (demolished) on Foothill Blvd. that was the epitome of modern Drive-in architecture.